Does Suffering Disprove That God Exists? 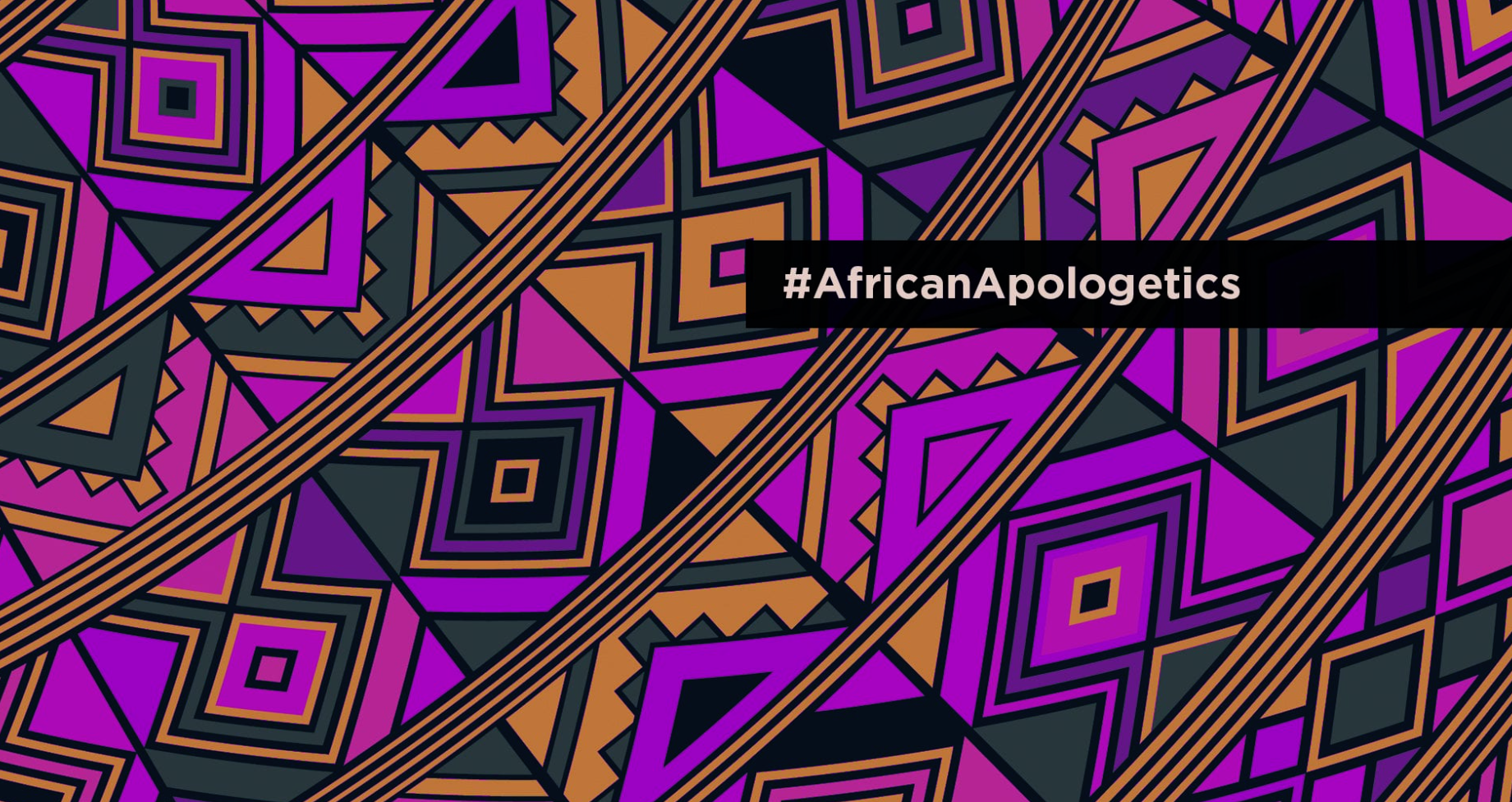 Does Suffering Disprove That God Exists?

(This article was first published on africa.thegospelcoalition.org)

A few months ago, I received a WhatsApp message from a stranger. I’ll call him Mike. COVID-19 had destroyed Mike’s faith in the existence of God. He could not reconcile God’s existence with the suffering he had both personally experienced and seen. “Either there is no God,” he said, “or he doesn’t care.” You or someone you know have very likely felt the same. How do we justify faith in a good God in the face of suffering?

Undoubtedly, the problem of pain is both philosophically complex and experientially personal. But it refuses to be ignored.

Sympathetically, one must consider whether suffering stamps out good reasons for the existence of a caring God. Can a person logically and honestly believe in God in the face of such stubborn evil? Is Mike right, considering misery, to reduce his options to God’s non-existence or His indifference towards the sufferers?

This article attempts, though not exhaustively, to answer this problem. My point will be simple: Christianity equips us to make sense of suffering more than any other worldview. More so, Christianity insists that God’s glory glows through grief. But before going further, let me state the philosophical problem of pain.

The Greek philosopher Epicurus (341–270 BC) pointedly presented the problem of evil and suffering in a way that has hardly been improved on. Lactantius (AD 250-325), an African and Christian apologist, preserved a written account of Epicurus’s problem of evil.

In his Treatise on the Anger of God, Lactantius writes: “God, [Epicurus] says, either wishes to take away evils and is unable; or he is able and is unwilling, or he is neither willing nor able, or he is both willing and able. If he is willing and is unable, he is feeble, which is not in accordance with the character of God; if he is able and unwilling, he is envious, which is equally at variance with God; and if he is neither willing nor able, he is both envious and feeble, and therefore not God; if he is both willing and able, which alone is suitable to God, from what source then are evils? Or why does he not remove them?”

Although the malady of misery did not make Epicurus an atheist, pain posed a problem too hard to bypass. The Scottish empiricist and skeptic David Hume (AD 1711-1776) exhumed and sharpened Epicurus’s philosophical dilemma. In Dialogues concerning Natural Religion, Hume insists that the reality of misery is incompatible with the existence of an all-powerful and caring deity. As mentioned before, we do not need Hume or Epicurus to tell us about the problem of pain. Many of us have experienced the sting of suffering, death, and evil. Suffering is universal and personal.

Yet Pain Points Us To Perfection

But the problem of pain does point to transcendence, counterintuitive as this may sound. What I mean is that we can only recognise suffering by an ideal of goodness and perfection, a utopia if you will, which moves beyond nature as we see it.

Think about this: if the material universe were all there is, we could not argue that things ought to be another way. All we would deal with is what exists. To cry that suffering is ‘unfair’ or ‘evil’ requires us to compare nature as it is with what it should be.

The Notion of ‘Ought’

But if the things we touch, smell, and see are all there is (as some want to claim), from where do we get the notion of ought? And if our ‘ought,’ or utopia, is merely a dream and not objectively real, what’s the basis of our anger and frustration at the world’s not being as it ought to be? Besides, if our notion of perfection is an illusion, why is it that every human heart knows that something is deeply wrong with the world and us?

Indeed, humanitarianism and universal human rights prove that perfect goodness exists beyond this broken universe. Thus the problem of suffering exists because we claim to know how the world ought to be despite how it currently is. Such is a claim of transcendence, a move beyond blind chance and matter.

An Objective Standard of Good & Evil

Apologists often posit that we believe in objective evil because we hold to objective good. But to have objective good and evil is to accept an objective standard upon which to judge the good and the evil. This standard must be personal, given that often the question of evil or suffering is either raised by a person or about persons, making personhood intrinsic to the problem.

Thus, it is contradictory to deny the personal, perfect and transcendent good – namely God – and yet hold to an objective evil or suffering. As it turns out, pain punches a hole in the atheist’s logic.

But Why Does God Permit Suffering?

To say that pain points to transcendence does not remove the problem of suffering. It is not even to explain its origin. But it removes the simplistic idea that suffering disproves God’s existence. And, instead, it acknowledges the complexity of reality.

Still, my friend Mike might ask: if Christianity is true and a good, all-powerful, loving, and willing God exists, why does he not stop suffering?

The Infinite Wisdom of God

When Lee Strobel posited the problem of pain to Catholic philosopher Peter Kreeft, Kreeft responded quite poignantly. “How can a mere finite human be sure that infinite wisdom would not tolerate certain short-range evils for more long-range goods that we couldn’t foresee?” To God’s willingness, ability, and love, one must add God’s wisdom. If God is infinitely wise, as Christianity holds, we cannot as finite beings expect to reason out all his choices (Isaiah 55:8-9).

Our Understanding Is Limited

Let me give an example. When our son was born, he had to be immunised. As time passed, he began associating hospitals with the pain of immunisations. He would cry at the sight of the nurse or doctor. He hated hospitals. We might imagine his wonder and confusion at the time. Were his parents unable or unwilling to prevent the pain? Do they not love him? Moreover, we didn’t try to explain our reasons. We knew our son could not understand our ways. Compared to his reasoning, we are extremely wise! But on his part, the why question may painfully linger.

Consider how the gap between our wisdom and our son’s is infinitely smaller than that between God’s wisdom and ours. And my point is this: finite beings not understanding the infinite God’s ways is not evidence against his existence or care. The same way our son’s failure to grasp our reasons for permitting his pain cannot be evidence against our existence. On the contrary, as Timothy Keller often says, if there is an infinitely wise God, we should expect not to understand everything he does.

Infinite wisdom has its reasons of which reason itself doesn’t know.

God Is Suffering Alongside Us

Though our son may wonder why we allowed pain in his life, one comforting thing would be our presence. We did not abandon him to the nurses. Our presence served to remove any doubt that we love him. We were there with him through his suffering.

Similarly, the presence of God among those who suffer resolves their ache and anguish. Only Christianity insists that God is not aloof and unaffected by the pain and evil in the world. On the contrary, God the Son, in his humanity, suffered the worst shame and pain we ever could, on the cross. As such, God experientially stands in solidarity with those who suffer. He knows what it means to face injustice, pain, and death—personally (Hebrews 2:14-18).

To my friend Mike I say: God is there, and he cares.

Suffering Is Given Meaning In God

More so, Christianity insists that God redeems our suffering. The cross of Christ proves that God uses the nastiest tragedy for our greatest good. Mark shapes his Gospel, written to Christians suffering persecution in Rome, to climax with the crucifixion of Christ (Mark 15:33-39).

For Mark, God’s power and glory are displayed best in the seeming weakness and shame of his Son. The cross of Christ turns the world’s definition of power and glory upside down. Thus, life lies in death. Power pervades weakness. Glory glows in shame, and wisdom in what the world considers foolishness.

To deny God is to deny meaning and power in suffering without taking away pain or tragedy—and without purpose or redemption. Christianity has God holding the hands of sufferers, comforting and transforming them. The story of Christ does not end in crucifixion but his eventual triumph over the grave. That is, God walks with those in dark times and leads them to the other side. There is light beyond darkness for those who, despite not knowing God’s reasons, trust his goodness and wisdom.

It is on the other side, not here, that God’s grand master plan will shine brightest. As he wipes away every tear from our eyes we will see clearly (Revelation 21:4). For the cross’s message, considered foolishness by some, will be understood as the most significant coup. It is there that we will see that God’s infinite wisdom that allowed our temporary evils is justified. And on that day, we will be glad we trusted him, especially in the most challenging moments. We will see that our suffering magnified God’s glory, and consequently, ours.

Suffering Points To The Existence of God

Pain tells us that things are not as they should be. It points us beyond what we see and touch. Pain demands perfect personal goodness that transcends matter. As such, pain points to God’s existence.

As far as worldviews are concerned, only Christianity insists that this God is personally present amidst those who suffer, in the person of the suffering Son of God—Jesus Christ. He was ‘acquainted with grief’ (Isaiah 53:3). Jesus shows us that God wisely uses suffering for our good, though we may not always understand. So, pain calls us to trust the God who is there and the God who cares. This way, Christianity equips us to make sense of suffering and not waste our pain.

As far as worldviews are concerned, only Christianity insists that this God is personally present amidst those who suffer, in the person of the suffering Son of God—Jesus Christ. He was ‘acquainted with grief’ (Isaiah 53:3). Jesus shows us that God wisely uses suffering for our good, though we may not always understand. So, pain calls us to trust the God who is there and the God who cares. This way, Christianity equips us to make sense of suffering and not waste our pain. 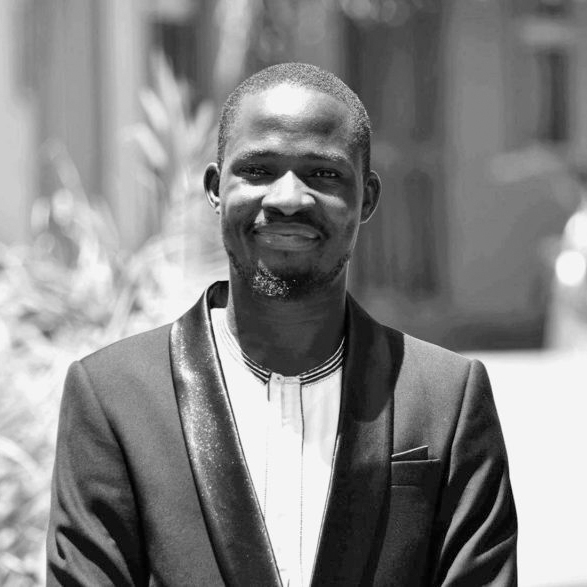